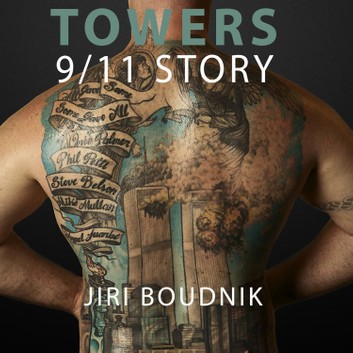 In remembrance of the fateful day 20 years ago, Czech-American architect Jiri Boudnik will share his first-hand experiences with Ground Zero.

On the morning of September 11, 2001, Boudnik wanted to warn rescue teams of a potential collapse of the WTC Towers. Crossing the Brooklyn Bridge on foot, he reached the WTC site too late. In the early hours of the next day, he helped recover bodies and began surveying surrounding buildings for collateral damage. Within days, Boudnik started developing a series of 3D physical models of the “aftermath” WTC site as a communication tool for all the rescue and recovery teams involved.
As a form of PTSD therapy, he wrote a book TOWERS – 9/11 STORY. The book was recently published as an audiobook, narrated by Daniel Hauck and including the voice of the FDNY fireman Tiernach Cassidy who saved thirteen survivors out of the Towers’ debris.

Jiri Boudnik, born in Pilsen, escaped from Communist Czechoslovakia in 1987 with his mother and sister. Jiri just turned 17, his sister was 10. They arrived in the USA in 1989. Jiri was educated first as an artist at the Munson Williams Proctor School of Art in Utica, NY, and later transferred to The Cooper Union in Manhattan, where he received his degree in architecture. He later worked as a structural engineer and an architect on many New York high-rise buildings, including NYU Palladium and the Federal Courthouse in Brooklyn. Since then, Boudnik has worked as an architect, specializing in high-rise residential buildings in Manhattan. He’s recently relocated to Pilsen, Czech Republic, working as an architect and a designer for his Czech and American clients, keeping close ties to New York, his second home.