On June 12th our Chapter partnered with Cleveland Bratislava Sister Cities for a presentation by Jonathan Kinser, PhD to hear a summary of his doctoral thesis work on the KKK’s impact on the Slovak community in Youngstown in the 1920’s. The well attended meeting of about 30 listened to Dr. Kinser describe the versions of the Ku Klux Klan: the southern version was more racially oriented and the norther version was more ethnically biased. Did you know that there was an African American chapter of KKK in Ohio! Discussion followed on the Slovak resistance which was more political than the Italian community reaction which was more violent. SVU’s Paul Burik, who translated many of Dr. Kinser’s research articles, presented a few excerpts from Slovak newspapers at the time that illustrated the often violent events that took place and the role of Slovak women in organizing political opposition.

Also this summer the Chapter held a picnic in the Czech Cultural Garden on August 13th. Several members enjoyed a sunny afternoon and the culturally rich environment of the Garden. Brief presentations were made on three of the six busts located in the Garden: Jindrich Simon Baar, Karel Havlicek Borovsky, and Francis Palacky. We discussed ideas to commemorate 100 years of founding of Czechoslovakia next year; 1918 – 2018. 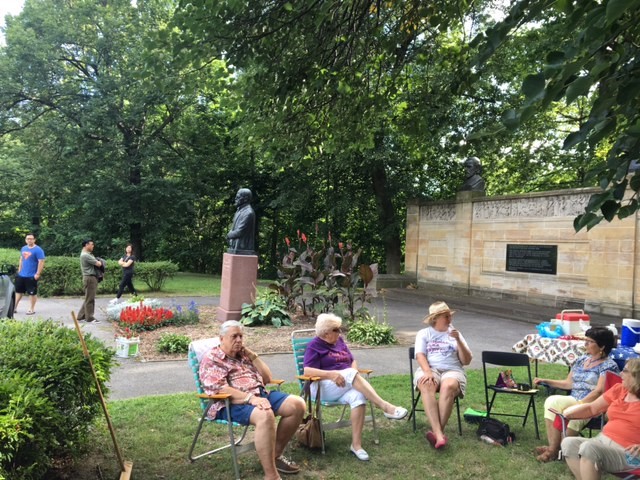 Cleveland Chapter members enjoy a picnic in the Czech Cultural Garden with the statue of T.G. Masaryk. 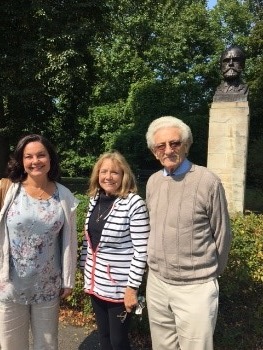 Also, the Chapter hosted Martina Jankova, Czech operatic star, while she is in Cleveland to perform the lead role in Janacek’s “Cunning Little Vixen” with the renowned Cleveland Orchestra. Tour of the city and some of the Czech venues illustrated the Czech, Slovak and Rusyn heritage in Cleveland. Martina enjoyed the revitalized downtown area the most, and shared her point of view on artist abroad over a lunch at the Art Museum.

Coming up is the annual commemoration of the foundation of Czechoslovakia by placing a wreath at the statue of Masaryk in the Czech Garden and the statue of Stefanik in the Slovak Garden in October.

SVU CLEVELAND organized a performance by Singer’s Club of Cleveland in May. The performance at the Czech Cultural Center, aka Bohemian National Hall, in Cleveland features Czech and Slovak music. Special thanks to our members Tom and Elsa Pavlik who spearheaded the effort. 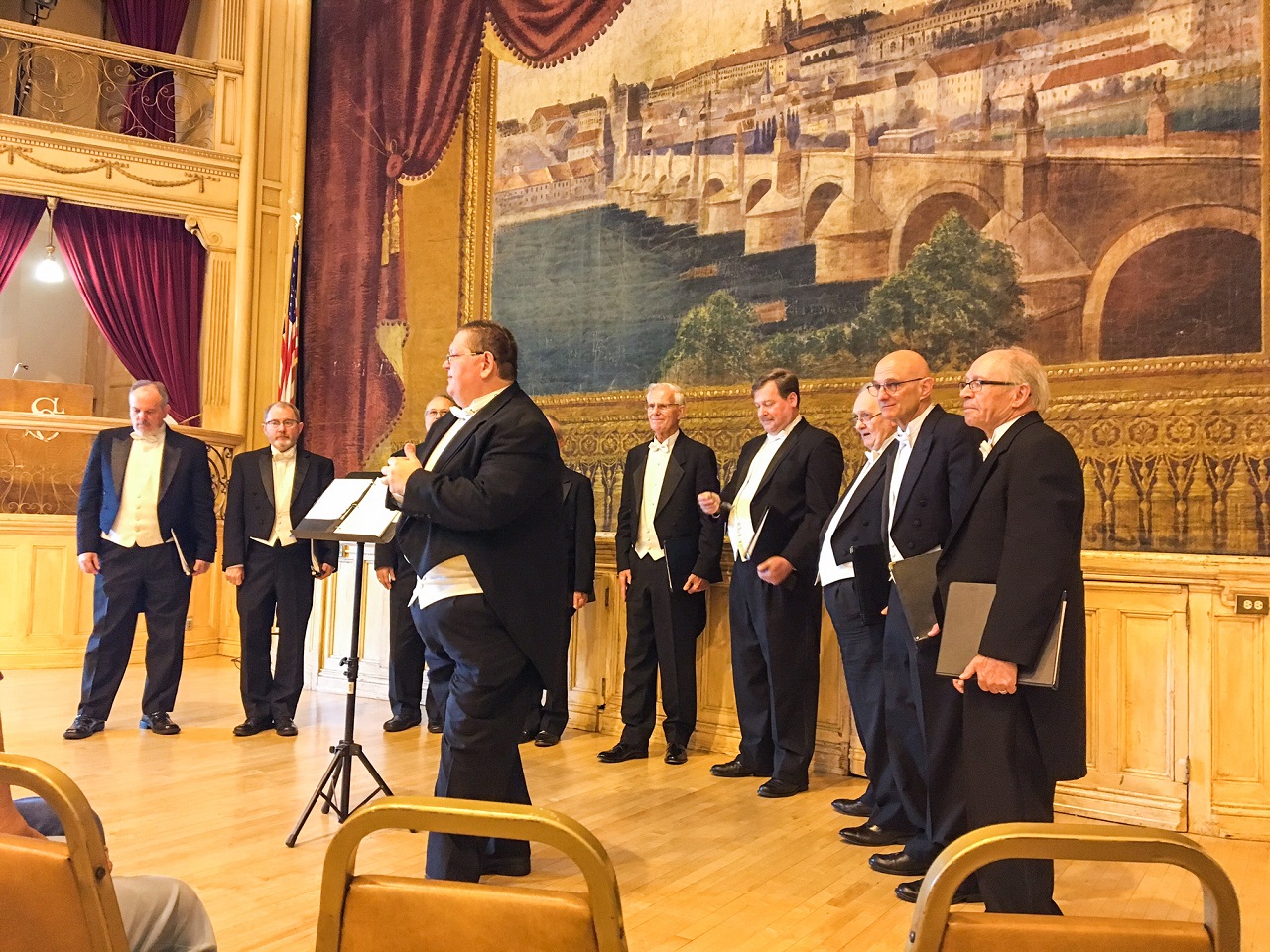 The Cleveland chapter held its annual membership dinner meeting in April with 22 in attendance. Report on past year’s activities, including participation as a “community partner” in the Cleveland International Film Festival, recent financial support of The Lucina Dance Ensemble and The Eastern European Congress of Ohio, activities which took place already in 2017 was presented by President Paul Burik. Also, upcoming events were announced.

After the meeting, following the NY Chapter example several 6 minute presentations were made: Barb Golias – Mucha’s Slovanic Epic; the first frame, Georgia Maresh – Community Theater: what it takes, Ted Krejsa – book review: Bliss Was It in Bohemia, Carolyn Huber – Brief overview of Czech engravers, and Paul Burik – Czechia; birthplace of the nuclear age – clue: Jachymov. This was enjoyed by all and we will likely repeat this format in the fall. 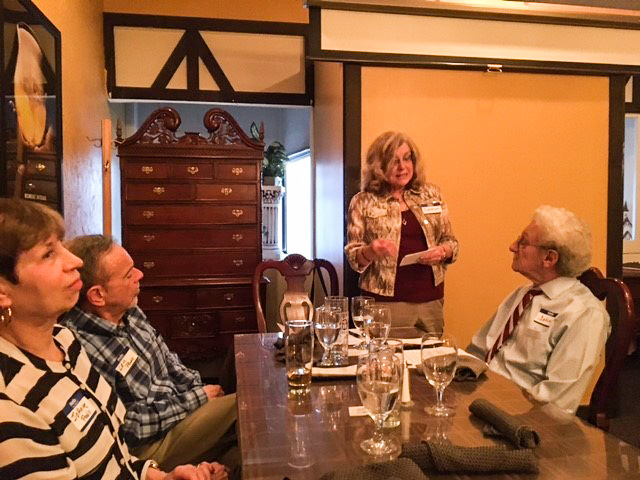 Carolyn Huber gives a presentation on early Czech engravers and their impact on postage stamps.

October 20-22, Conductor Jakub Hrusa from the Czech Republic was in performance at Severance Hall. The concert featured music by Martinu, Brahms and Bartok Piano Concerto – splendid performance with several standing ovations. Our chapter has developed a friendly rapport with the maestro and his family by entertaining them while in Cleveland. A “meet and greet” after the Friday’s performance was arranged in the Green Room of Severance Hall. On Saturday several members met the maestro at the Cleveland Art Museum restaurant for a lunch and a spirited discussion about travels, foods and of all things: catching a cold. Thanks to Dr. Pechan for his support for this event.