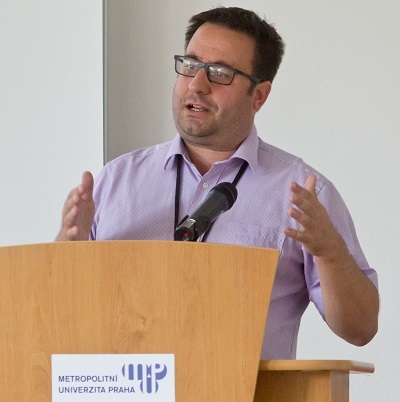 Petr Just (b. 1978) is Czech political scientist. His professional interests include mainly comparative politics (forms of government, coalitions, bicameralism, presidency), political systems of the Czech Republic, Slovakia and other Central European countries. He has authored or co-authored 7 books, more than 30 chapters in collective monographs and 20 scientific articles on the topics of his interest. Petr is proud member of the Czechoslovak Society of Arts and Sciences.

Petr’s ties to Nebraska date back to 1994, when he came as foreign exchange student to Lincoln High School for 1994/1995 academic year. During his Lincoln study stay he also took part in number of Komensky Club activities. He has kept contacts with Nebraska since then and has returned back several times (1999, 2012, 2015, 2016 and most recently in 2018), as well as has played host for several Nebraskans travelling to Czech Republic. During one of his returns to Nebraska, a 1999 six-week summer stay, he conducted research on Nebraska unicameralism for the purpose of his B.A. thesis he was writing at that time. He later also published two scientific articles about Nebraska unicameralism in Czech and Slovak journals. 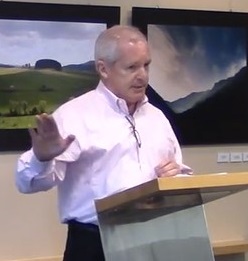 Kevin J. McNamara is the author of “Dreams of a Great Small Nation: The Mutinous Army that Threatened a Revolution, Destroyed an Empire, Founded a Republic, and Remade the Map of Europe,” a lively yet comprehensive account of the highly dramatic events that led to the founding of Czecho-Slovakia in 1918. The story involves an ad hoc army of ex-POWs that inadvertently seized all of Siberia, global espionage, high-stakes diplomacy, and America’s own Czechs and Slovaks, who raised funds and pressured President Woodrow Wilson to grant their peoples independence.

A former journalist, bureau chief, and U.S. congressional aide, McNamara is an associate scholar of the Foreign Policy Research Institute, Philadelphia, PA, and a former contributing editor of Orbis, its quarterly journal of world affairs. Kevin is also proud member of the Czechoslovak Society of Arts and Sciences.