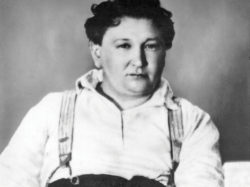 This talk aims to expose and debunk a persistent myth surrounding the sudden death of the irreverent Czech writer Jaroslav Hašek, whose influential satirical novel The Good Soldier Svejk has been translated into more than fifty languages. An analysis of the available documentation from the last weeks and days of his life demonstrates that, contrary to the prevailing belief, Hašek had been in stable health until the last few days of his life, and cannot plausibly have “drunk himself to death,” as the myth has it. Prof. Saman will present questions, arguments, and testimonies of Hašek’s contemporaries, which he has analyzed together with medical expert Dr. Frank Loskot.

REGISTER to receive a link. 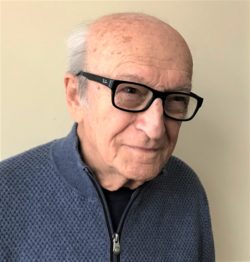 PAUL SAMAN was born in Istanbul in 1928 and grew up in Prague, Czechoslovakia. He holds a PhD in Turkish, Persian, and classical Arabic from Charles University. His academic work before emigrating in 1960 included teaching at the Oriental Institute in Prague, and publications on Central Asian folklore for academic journals, radio, and television. He worked for American intelligence for two years in Germany. After moving to the United States, he became professor in the Foreign Languages department of the University of North Carolina at Charlotte, where he taught until the 1990s. Now retired, he lives in Asheville, North Carolina.
Organized by the Czechoslovak Society of Arts and Sciences with the support of the Bohemian Benevolent and Literary Association (BBLA)

Please note: Last April 2021, we have organized ŠVEJKathon, an online nine-hour nonstop reading with 59 readers. Here is a link to the first hour recording. SVEJKathon Video #1 on our YouTube Channel. We recommend watching at least the introductory remarks by Václav Paris, PhD, an expert on Jaroslav Hašek.

REGISTER HERE to receive a link.

Harry Blutstein will introduce the US edition (McFarland 2022) of his book and discuss the cold war climate of the post-war Olympics focusing on two Czechoslovak cases that made the international news. The 1948 London Olympics saw the first defection, as Czechoslovak gold medal-winning women’s gymnastics team leader, Marie Provazníková, refused to return home. In 1956, in defiance of her government, Czechoslovak discus thrower, Olga Fikotová, refused to renounce her love for US athlete Hal Connolly, creating an international incident. The book also exposes the activities of the KGB and secret police from Eastern European countries to spy on their own athletes and countermeasures taken by the West.
Link to the book Cold War Olympics: https://mcfarlandbooks.com/product/cold-war-olympics/.

Harry Blutstein, PhD, former Adjunct Professor in the School of Global Studies, Social Science and Planning at RMIT University, is a fellow at the University of Melbourne, Australia. Since 1972, he has been a freelance journalist and published feature articles in op-eds in major Australian newspapers on a wide variety of topics. He is also the author of Games of Discontent on the 1968 Olympic Games. harryblutstein.com. 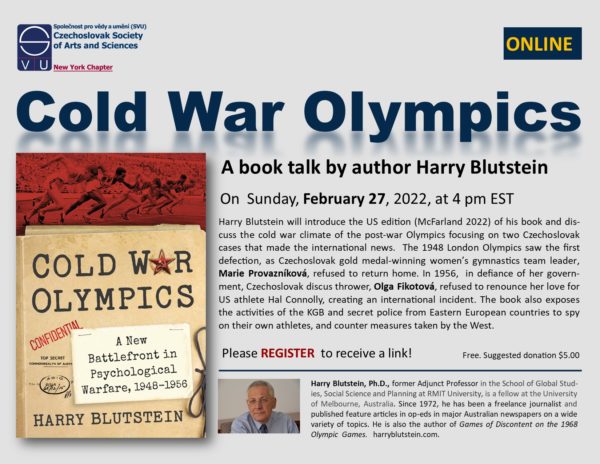