Peter Moc, a young Czech Dublin-based jazz guitarist, will be joined by two other renown American musicians — David Schroeder on saxophone and Sheryl Bailey on guitar — in a special Christmas concert. The program will include original compositions by David Schroeder, songs from the Great American song book and jazz renditions of American, Irish and Czech traditional Christmas music. Sponsored by Kolowratek Foundation.

PETER MOC
Peter Moc, Czech guitarist, composer and educator based in Dublin in Ireland since 2010, has studied and played with a god-father of jazz-rock Larry Coryell, Sheryl Bailey, Libor Smoldas, Kevin Brady and many more. Peter has been organizing a tribute to American jazz guitarist Emily Remler since 2015, which turned out to be great success in 2015 and 2016 with his quintet featuring Larry Coryell. In December 2016, Peter will be in NYC recording his second album with guitarist Lage Lund. www.petermoc.com/

DAVID SCHROEDER
Saxophonist David Schroeder is the Director of Jazz Studies at New York University where he is the creator and host of the successful NYU Steinhardt Jazz Interview Series on YouTube with over a million viewers worldwide. Some of his guests include legendary jazz artists such as Wayne Shorter, John Scofield, Jimmy Cobb, Carla Bley and Chris Potter. Schroeder is also artist director of the eclectic jazz group Combo Nuvo and is a member of the Executive Board of Directors for the New York Foundation for the Arts. As the Director NYU Study Abroad sites for the NYU Steinhardt Department of Music, Schroeder oversees the music programs at NYU Paris and NYU Prague, where his students gain confidence in pursuing international careers in music.

SHERYL BAILEY
Sheryl Bailey is among the best bop guitar player with a fresh approach. She is an associate professor at Berklee College of Music in Boston and has performed alongside jazz icons such as Richard Bona, George Garzone, Howard Alden, Jack Wilkins, Peter Bernstein and many more. Sheryl’s instructional DVDs, text books are distributed and published all over the world. She gives workshops at Stanford, LA Academy of Music, NYU. 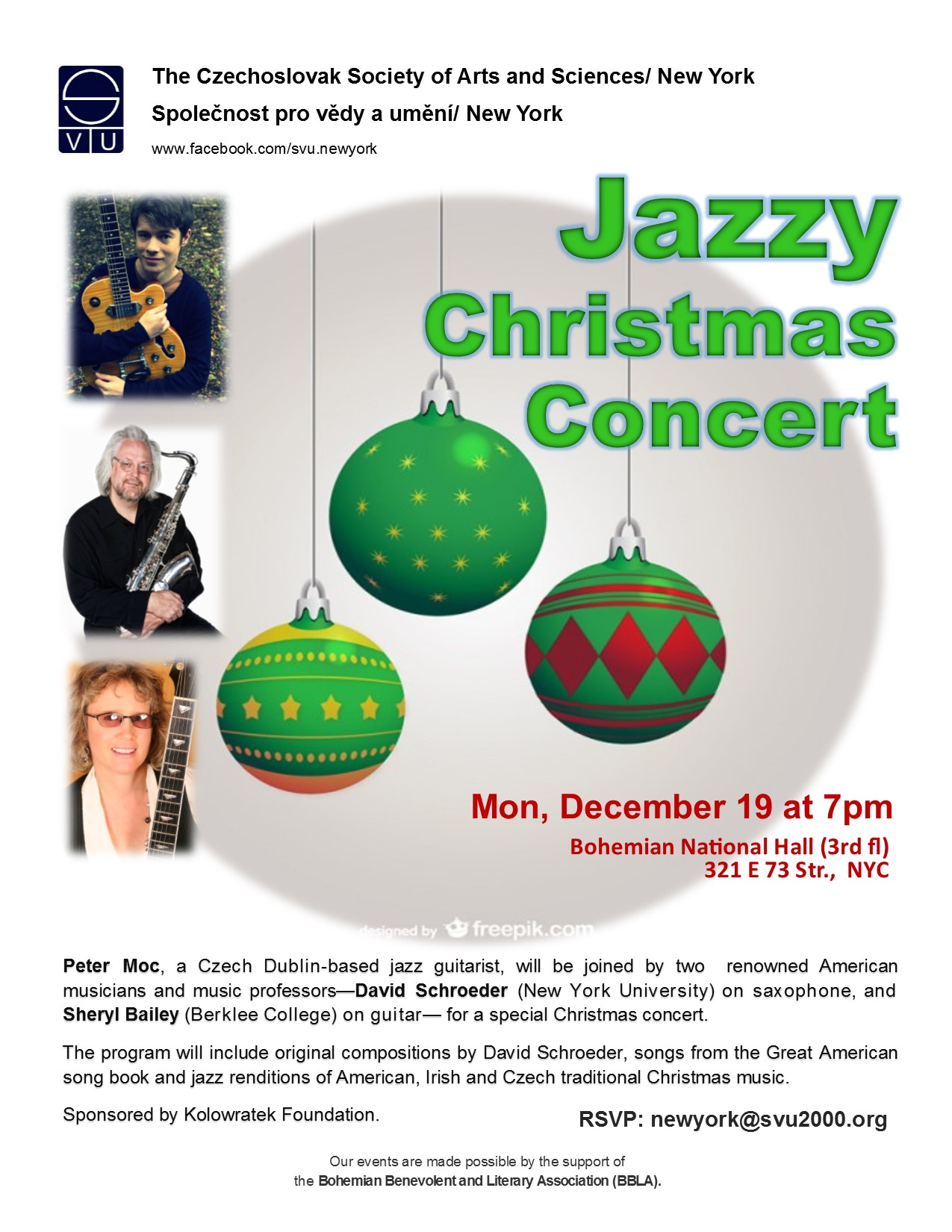 A SUCCESS!
Read about the brilliant participants here: PROGRAM NOTES 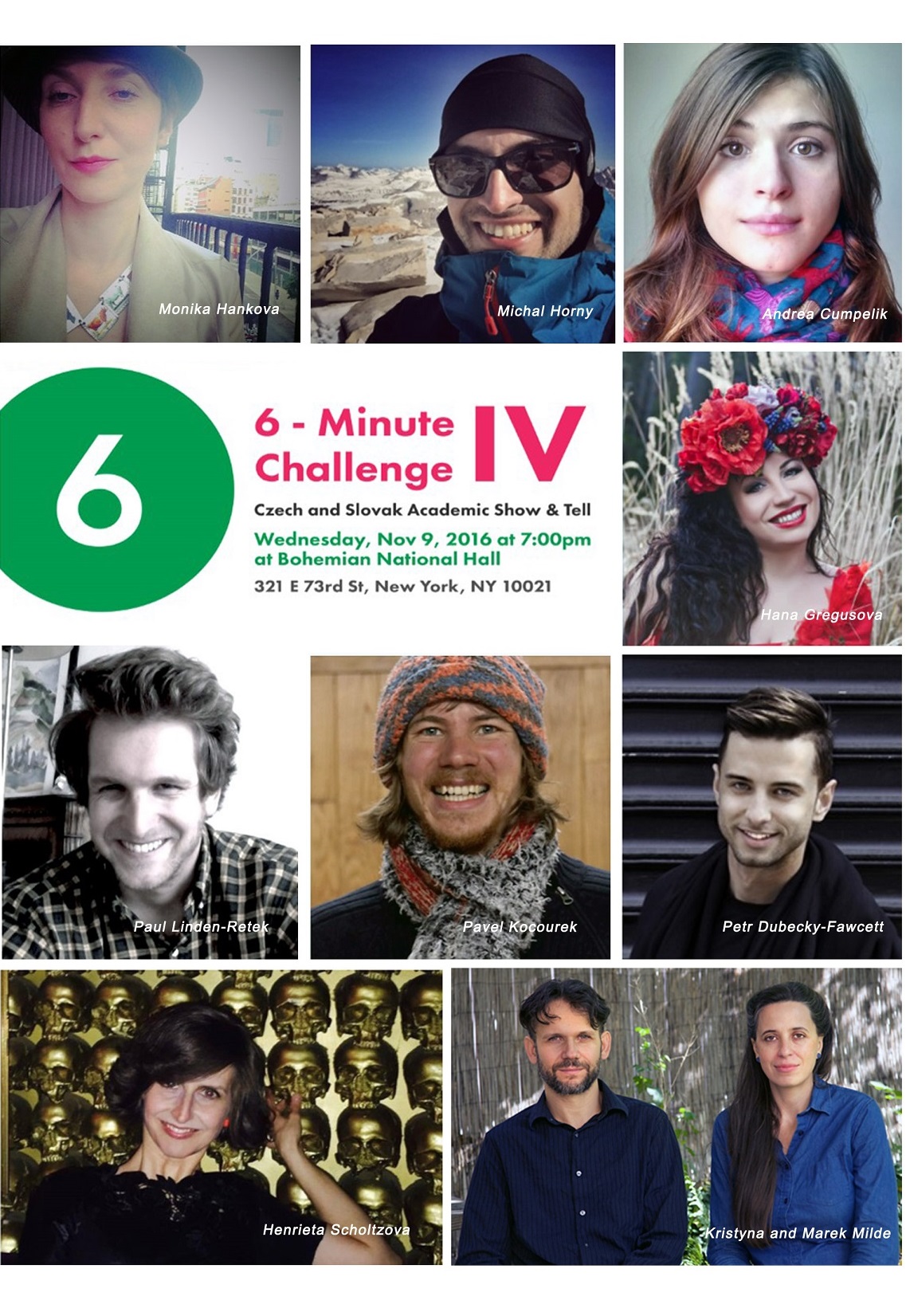 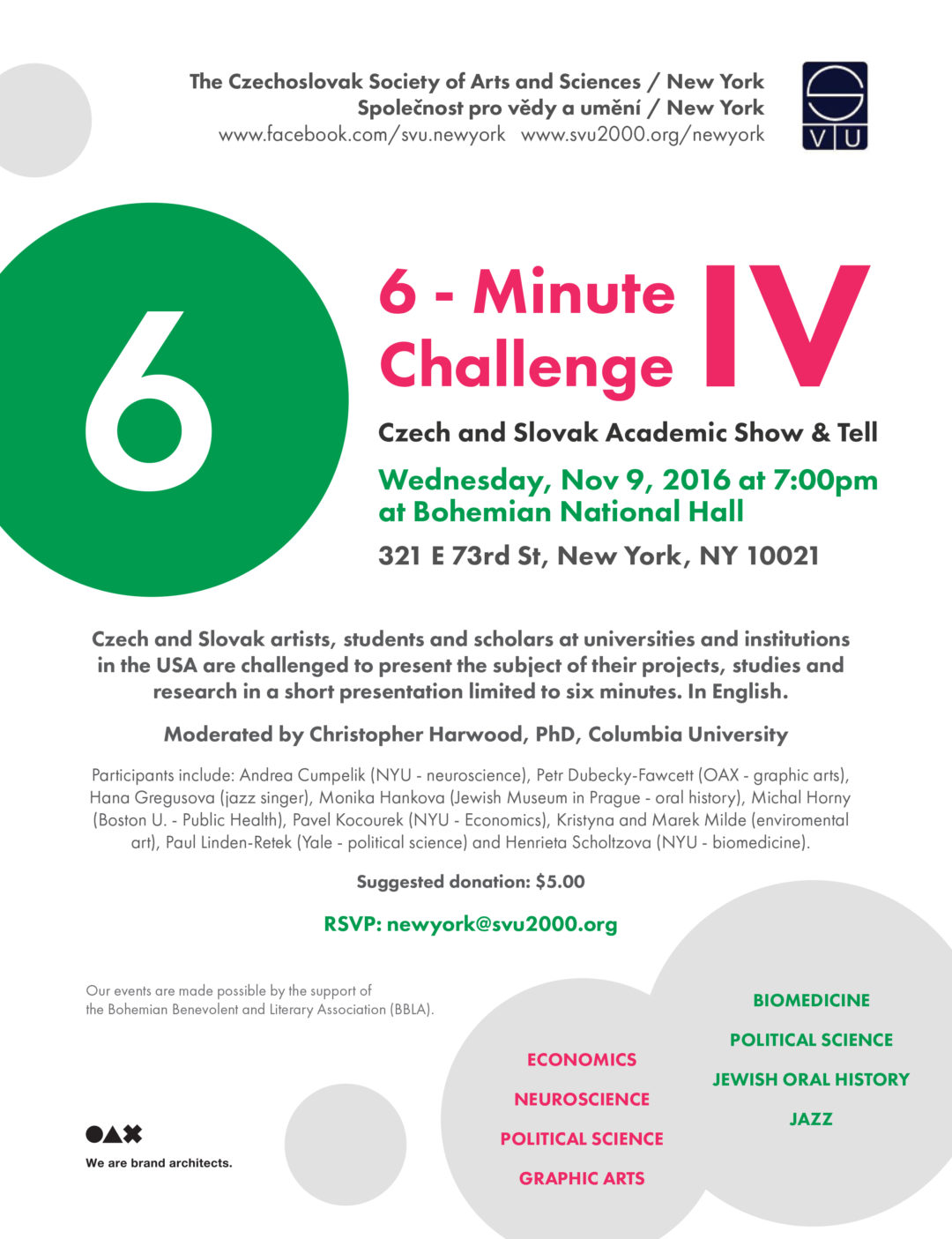 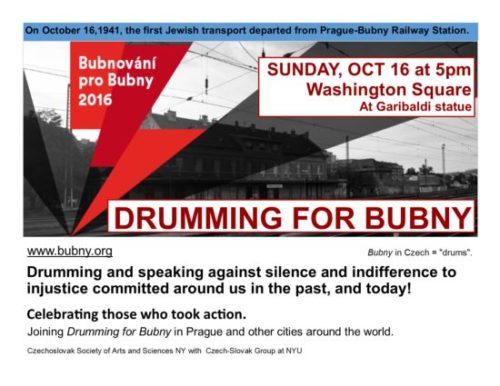 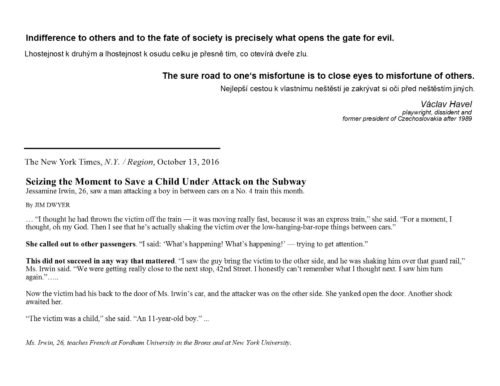 A talk by Martin Nekola

The talk will focus on Anti-communist exile in the first decade of the Cold War: its leaders, organizations and intellectual centers in the USA and Western Europe, including the Czechoslovak Society of Arts and Sciences (SVU) and its first president Vaclav Hlavaty, the world-renowned mathematician. 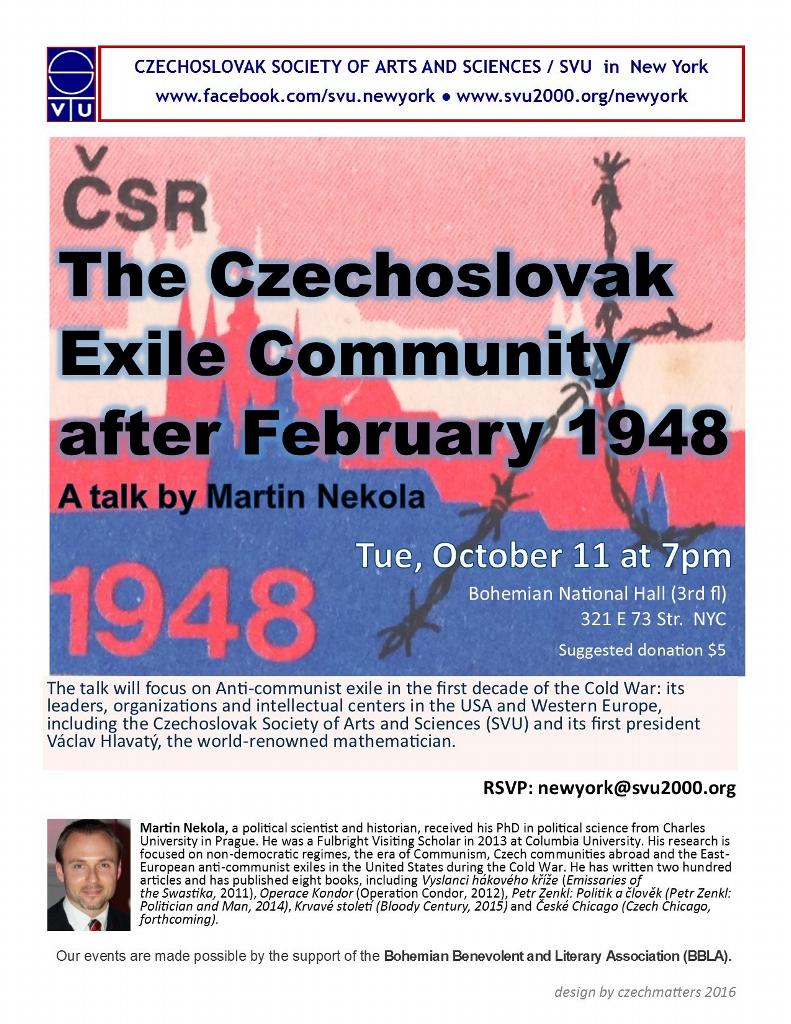 A talk by Jiri­ Pehe

Dr. Jiri Pehe, Director of New York University Prague and a faculty member at the Center for European and Mediterranean Studies at NYU in New York, will discuss Central Europe as it is portrayed in literary fiction and compare it with the reality of current affairs. 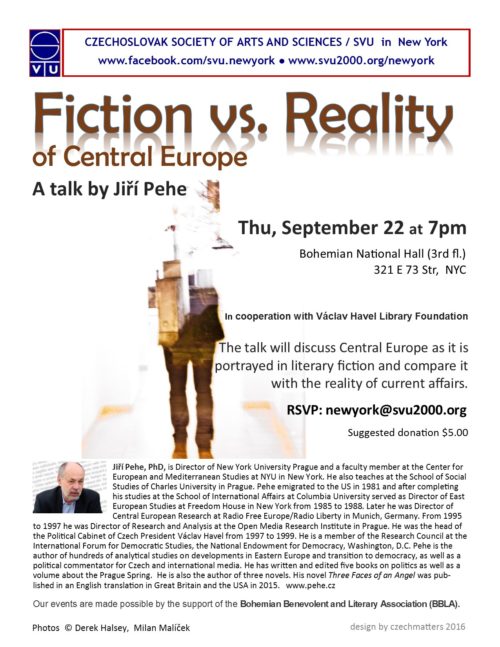 Footprints in the Snow is a new documentary film (2015) by director Slavomir Zrebny about the printing and distribution of underground â€œsamizdat â€œ literature and the smuggling of â€œforbidden” books and information into communist Czechoslovakia during the Cold War period, from 1948 to 1989. The film presents the story of three friends who risked their freedom by carrying books across the mountains and over the border to Czechoslovakia. In 1983, they were arrested and sentenced to a jail term. Their arrest drew the attention of the Western media, and U.S. president Ronald Reagan called for their release. This film analyzes the motivations of these unknown heroes and of the regime that was so afraid of books.
52 minutes. In Slovak with English subtitles. 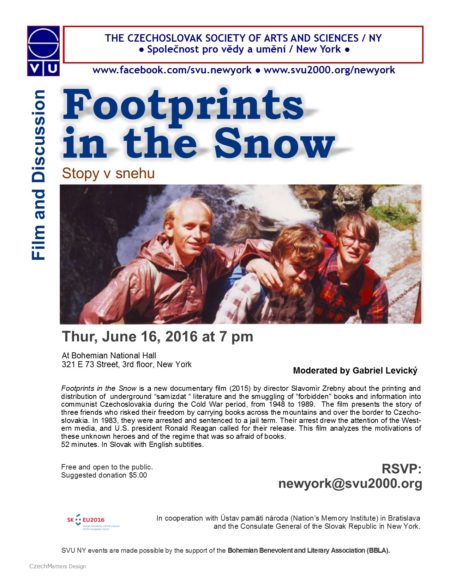 Moderated by Christopher Harwood
Oral history live! Dramatic stories shared by Czechs and Slovaks living in New York who broke through the Iron Curtain and escaped from communist Czechoslovakia. In English.

In cooperation with the Consulate General of the Slovak Republic 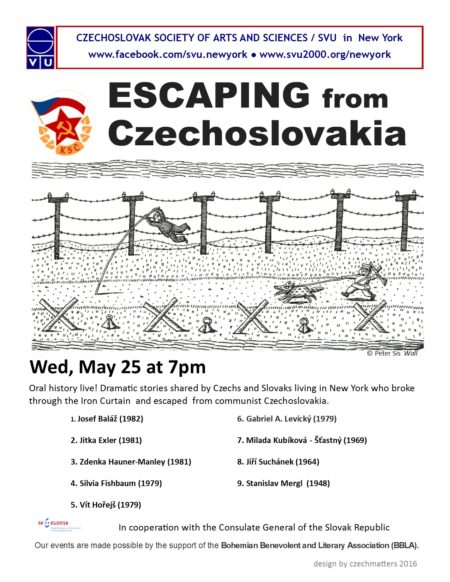 The renowned Slovak opera singer IGOR KUCER will present recordings of traditional Rusyn songs sung by Andy Warhol’s mother Julia. He will then perform his fusion rendition of these songs.
Live music by Emotion Group.
Produced by Multiharmony, Corp.
In cooperation with Consulate General of the Slovak Republic in New York 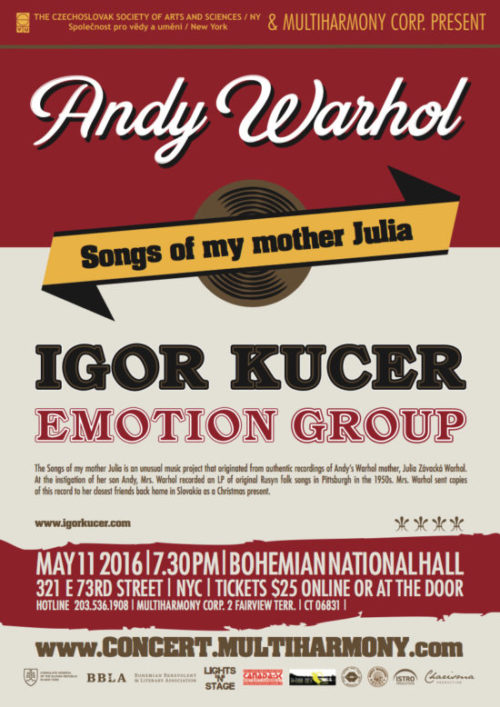 Come learn about Czech history in New York and celebrate Spring with friends. 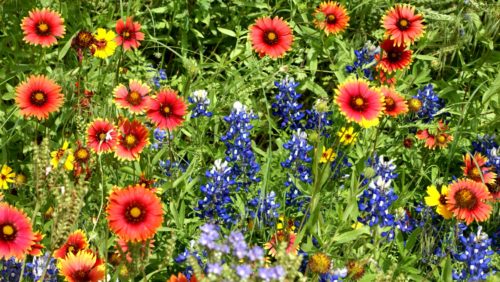 PROGRAM
We will visit the church and participate in the Sunday service and Flower Ceremony.
Bring a flower to exchange it for another after the ceremony.
Review the song below. It is traditionally sung at this occasion. In Czech!! Its text will be available to non-Czech speakers in a phonetic transcription.

After, we will walk around Brooklyn Heights and have lunch in a local restaurant.
Charlotta Kotik, great granddaughter of president Toms Garrigue Masaryk, will join us and give us some insights.

PLEASE LET US KNOW if you will join us for lunch so we can make a reservation.
RSVP newyork@svu2000.org

The First Unitarian Church in Brooklyn Heights has historic ties with Czechoslovakia. Brooklyn-born Charlotte Garrigue Masaryk (1850-1923), later the First Lady of Czechoslovakia, was its very active member. She was instrumental in developing close ties with the Czechoslovak Unitaria and cooperation with Norbert Capek, the founder of Czech Unitarian Church in Prague and creator of the Flower Communion. Both her husband Tomas Garrigue Masaryk and her son Jan spoke from this church’s pulpit. You can see some memorabilia and photos in the church.

Free and open to the public.

A talk by Filip PospÃ­Å¡il, PhD 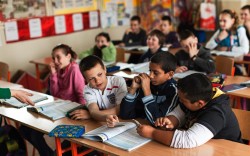 Roma in the Czech Republic became in recent decades subjects of various governmental programs as well as public protests, discrimination and racial violence. The “Roma problem” was presented as the result of a “culture of poverty”, Roma were characterized as “undeserving poor” and finally being treated as a security issue. The securitized approach to Roma was reflected also in adoption or promotion of the policies of “zero tolerance” of Roma criminality in several Czech municipalities. The talk will discuss how Roma-related discourses affect policy formation at national and local levels and also how certain policies transform the way Roma are perceived and understood.

Filip PospÃ­Å¡il, PhD is an anthropologist, human rights activist and journalist focusing on marginal groups and subcultures in the Central Europe. He received his Ph.D. in Anthropology at Charles University Prague. He is an author and co-author of several academic publications, and participates in research, advocacy and campaigns on human rights and privacy rights. For six years, he worked as a co-editor of the cultural bi-weekly A2 in Prague. He is currently a Visiting Scholar at the Harriman Institute at Columbia University with the project The “Roma question”: Evolution of discourses on Roma and related policies in the Czech Republic.

In conjunction with
Opre Khetanes IV Concert and Conference on Romani (Gypsy) Musics and Cultures
at New York University, April 23-24 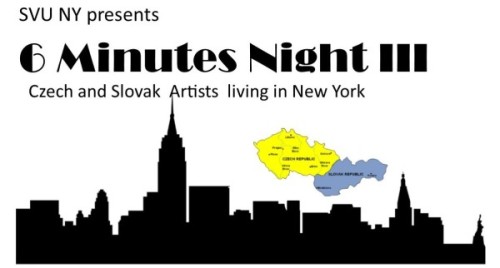 The 6 Minutes Night III, conceived as a platform for introducing smart, interesting and creative Czech and Slovaks, featured this time Czech and Slovak artists living and creating in New York. They had each only six minutes to present their work and project. Presentations included the mesmerizing staged photography of Radka Salcmannova; Adultery, a documentary film project by Bara Jichova Tyson; disturbingly humorous art gablevages by Gabriel Levicky; behind the scenes of the art magazine Celebrating Print with editor Katerina Kyselica; art infused fashion by Jitka Exler – former puppet designer for the Muppets; and Sacred Geometry furniture design by Roman Heczko who unveiled his new Flower of Life Series Vesica chairs. Our 6 Minutes Night III event also presented talented members of the music community, singer Pavlina Horakova – a lively mezzo-soprano and her Libretto Metro project; songwriter and jazz singer Martina Fiserova and her latest CD Shift. The actress and singer Katarina Vizina introduced her retro Cabaret Metropol, and the young music composer and pianist Antonin Fajt played samples of his esoteric work connecting Moravian and African elements.

The evening was moderated by Christopher Harwood, PhD, Columbia University

In English.
In cooperation with
the Consulate General of the Slovak Republic and
the Czech Center in New York.

Our events are made possible thanks to generous support of
the Bohemian Benevolent and Literary Association (BBLA). 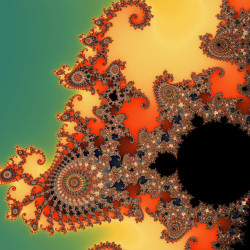 Clouds are not spheres nor are mountains cones! What then is the shape of a cloud? Or a mountain? Or a tree? Classical geometry we all learned in school does not provide the answers. So can the shapes of nature be described using mathematics? Is there a formula for a fern leaf? Answers to these questions are surprisingly simple, intuitive and beautiful though it took two millennia to discover them. The resulting theories and mathematical tools are now routinely used in applications ranging from stock market analysis to modelling of tumor growth. However, they also have an alluring visual aesthetic.
The lecture will present the basic ideas behind fractals and chaos theory and the elegance and beauty they possess.

VÃCLAV KUÄŒERA, PhD, is senior assistant professor at the Department of Numerical Mathematics at Charles University in Prague, VÃ¡clav specializes in the theory and practice of numerical methods for partial differential equations, especially computational fluid dynamics. He makes a living by performing simulations of complicated physical and biological phenomena on computers and proving theorems on methods used and results obtained. Currently, he is a Fulbright Lecturer and Research Scholar at Brown University in Providence, RI.
www.karlin.mff.cuni.cz/

After 1909, Prague was considered the second most popular center of European Cubism after Paris. In his talk, Professor JiÅ™Ã­ Pelcl will present the amazing era in Czech art history with focus on Cubism as applied in the Czech architecture, furniture design and other applied arts.

In conjunction with a new exhibit at the Museum of Cubism in Prague, in an outstanding piece of Cubist architecture by Josef GoÄÃ¡r, the Black Madonna House. www.czkubismus.cz/en/

JiÅ™Ã­ Pelcl is a prominent personality in the field of design in the Czech Republic. Aside from applied design activity for industrial manufacturing, he works in the area of design theory, lectures at colleges and universities at home and abroad. He is a professor at the Academy of Arts, Architecture and Design (UMPRUM) in Prague and its former rector (2002â€“2005). His design work has received many awards and is represented in the permanent design collections around the world. Currently, he is a visiting Fulbright Masaryk Scholar at the Pratt Institute researching history of the Shaker furniture style. www.pelcl.cz 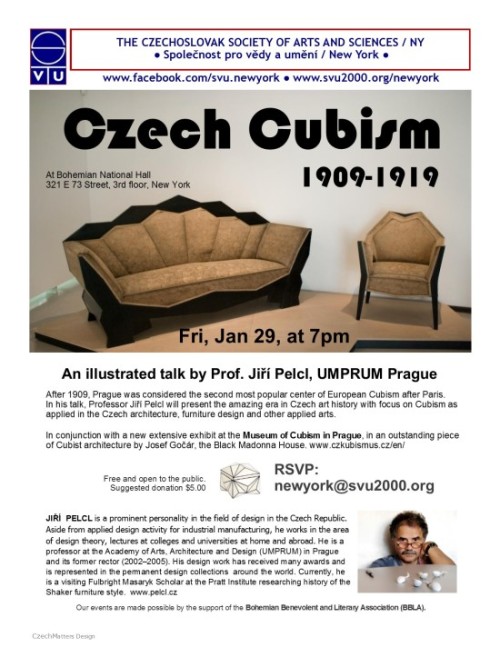