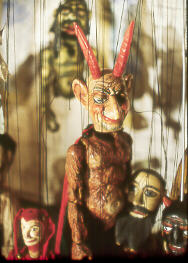 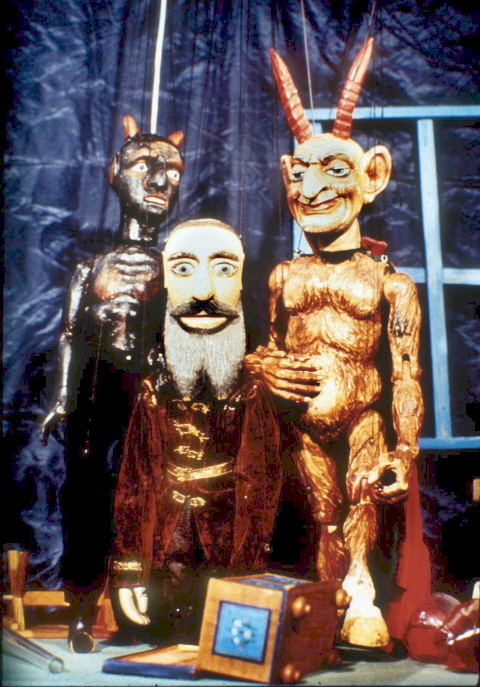 The story of the learned Johannes Faust, who sold his soul to the devil for ultimate knowledge.

With marionette theater, the Czechs brought commedia to the Faustian canon. They introduced the jester, Pimprle (Kasparek), into the story (his appearance in about half of Czech marionette plays gave the name “Pimprle Theater”) as well as three other clown characters: Faust’s comic guards, Dumpling and Bigcheeze, and his German valet, Wagner.