A tribute to a visionary innovator in international women’s gymnastics.

A visionary innovator in international women’s gymnastics, progressive Czechoslovak Sokol* leader and powerful proponent of women’s rights, Provazníková received the French Legion of Honor for her work. When President of the Women’s Technical Committee of the International Gymnastics Federation, she led the Czechoslovak gymnastic team to a gold medal at the 1948 London Olympics and became one of the first political defectors at the games. A victim of the Cold War, Provazníková continued dedicating her life to democracy and the survival of Sokol ideals, tirelessly working in the United States until her death at the age of 100. 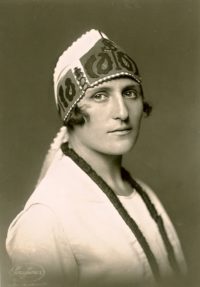 Sokol (falcon): a gymnastic society founded in Prague in 1862 with the goal of utilizing a system of gymnastics training that would 1) develop sound minds in sound bodies, 2) motivate the Czech people to revive a personal and national consciousness and 3) enhance the concepts of democracy, brotherhood, equality, liberty and civic responsibility.

Sokol was founded on the philosophy that physically fit, mentally alert and culturally developed people can make a nation strong. The word “sokol” translates to “falcon” and is symbolic of the Sokol ideals: Courage, Strength, Endurance, Fraternalism, Love of democratic principles, and Pride in the country

Organized by Czechoslovak Society of Arts and Sciences (SVU), New York Chapter, in collaboration with Czech Sokol (Ceska obec sokolská) with the support of the Bohemian Benevolent and Literary Association (BBLA) in New York.