Skip to content
Vaclav Havel 1968
FILM-WERICH_edited
Karel Gott 1968
After the private screening of this unique U.S. documentary at the 2018 SVU World Congress in Prague, its world premiere was screened in Los Angeles by The Wende Museum, in cooperation with the Consulate General of the Czech Republic in Los Angeles and the Los Angeles Chapter of the Czechoslovak Society of Arts & Sciences. The event was a success, judging by the attendance exceeding the screening room capacity – the Czech Consulate General estimate mentioned 150+ guests, and by the depth of questions from the audience discussed at the subsequent Discussion Panel. 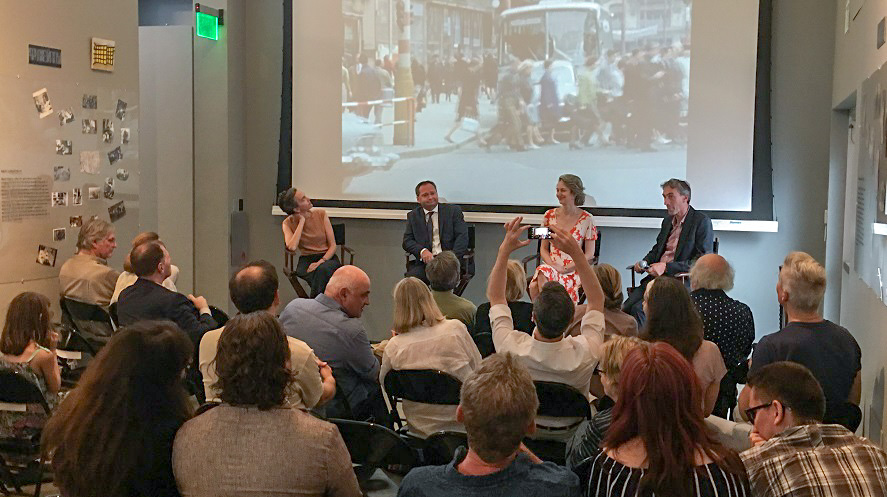 The Wende Museum, specializing in the Cold War artefacts, has preserved and digitalized the only remaining copy of this 50-minute documentary, with financial support from the National Film Preservation Foundation sponsored by the U.S. Congress. The late U.S. Ambassador Rudolf Perina, distinguished member of the Czechoslovak Society of Arts & Sciences, who personally took part in the 1968 film making and its 2018 preservation, had planned to introduce this film to the public in person. He passed away in June this year. The film was introduced by his daughter Kaja Perina who lives in New York. The Society’s Secretary General Georges Eichler came from Paris to honor the late Ambassador Perina and to take part in the Panel Discussion. Kate Dollenmayer,
American actor and film preservation specialist, who has credit for preserving this film, took part in the Panel as well. The Panel was moderated by Joes Segal, chief curator of the Wende Museum.

The audience was greeted by Justin Jampol, the Wende Museum’s founder and director, by Adam Hyman, Executive Director of Los Angeles Film Forum, and by Consul Josef Smyček of the Consulate General of the Czech Republic in Los Angeles. Jim McDonald, the film’s main figure, was present and applauded. The Los Angeles Chapter of the Czechoslovak Society of Arts & Sciences sponsored a first-class reception in the museum’s garden before the actual film screening, and the guests appreciated the Czech specialities. 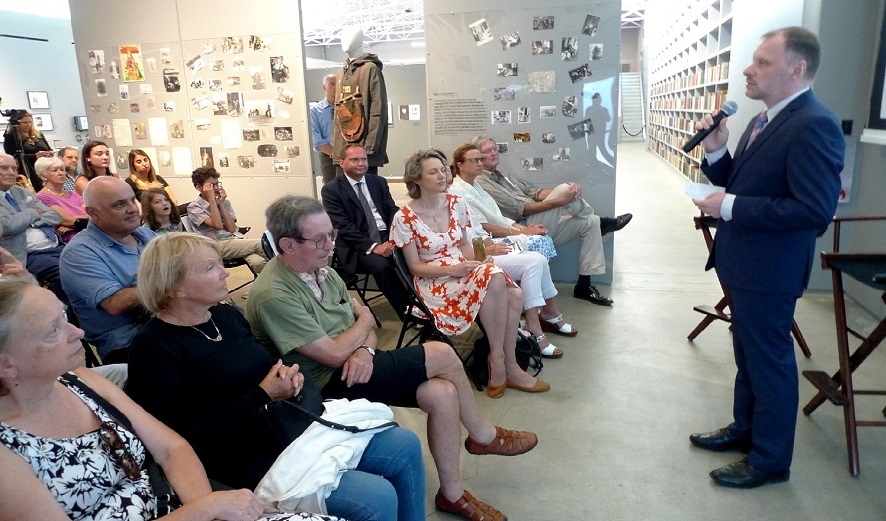 It is to note that the Czech Television, upon recommendation made by the SVU, has expressed interest in producing a Czech version of this film for TV broadcasting [check the 2019 update here]. The SVU is here also to facilitate screenings in cooperation with the Czech Centers and other Czech foreign service antennas. A DVD production is one of the suggestions made by the audience.