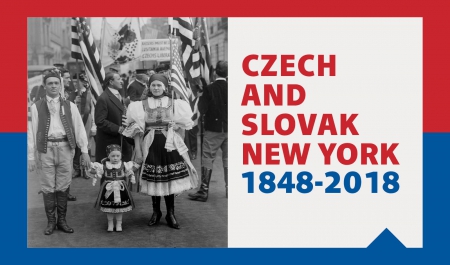 A Talk and Exhibition

Martin Nekola, Ph.D. is a political scientist and historian, born in Prague. He studied at Charles University in Prague and was a Fulbright post-doctoral fellow at Columbia University. His research focuses on the Czechoslovak Exile community after 1948 and Czech communities in the USA. He is the author of three hundred articles and has published ten books in the past ten years. Since publishing Czech Chicago in 2017, he has been working on a new book – Czech New York.

This program is supported, in part, by public funds from the New York City Department of Cultural Affairs in partnership with the City Council, and the Bohemian Benevolent and Literary Association (BBLA).