Skip to content
Main Page > 2019 Events > The Investigator: Demons of the Balkan War by Vladimír Dzuro

A Talk and Book Launch 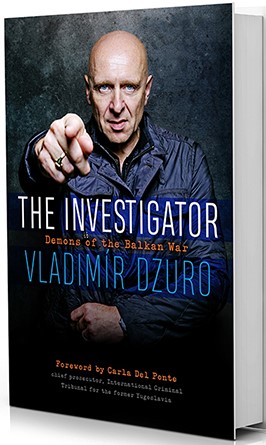 A riveting true story of finding justice for the people of Croatia and Bosnia and Herzegovina.

Vladimír Dzuro worked as a criminal investigator at the Criminal Investigation Department (CID) in Prague and later at the National Central Bureau (NCB) of Interpol in Prague. In 1994, Vladimír joined the United Nations Protection Force (UNPROFOR) in the former Yugoslavia and in April 1995, he began a ten-year stint as an investigator with the Office of the Prosecutor at the International Criminal Tribunal for the former Yugoslavia (ICTY) in The Hague. Currently, Vladimír works as Chief of the New York Headquarters Office at the UN Office of Internal Oversight Services. He earned his M.A. in Investigation Management from Charles Sturt University in Australia. The Registrar of the ICTY awarded him with the International Justice Medal. Vladimir is the author of The Investigator: Demons of the Balkan War and Justice, published in Prague by Grada Publishing in 2017. The book became a bestseller and is currently in its second reprint. The English version of The Investigator will be published in October 2019 in the United States. https://warcrimeinvestigator.com/
SNAP Judgment Podcast https://www.wnycstudios.org/story/operation-little-flower

Suggested donation: $5.00
A light refreshment will follow the program.