INVITATION:
Please join us for two events in commemorating the life of Tomáš G. Masaryk, founding father of Czechoslovakia, on March 7, 2016. First, we will lay a wreath at his memorial beginning at 11 am. In the afternoon beginning at 3 pm, Professor Hugh Agnew will present a lecture on Masaryk. Please be sure to RSVP to the links below. 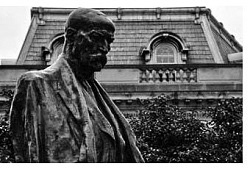 I. On Monday, March 7, 2016, at 11 am, the Embassy of the Czech Republic, in collaboration with American Friends of the Czech Republic (AFoCR), invites you to a wreath laying ceremony commemorating the 166th anniversary of the birth of the first President of Czechoslovakia – Tomáš G. Masaryk. The event will include remarks by Ambassador of the Czech Republic to the United States, Petr Gandalovič. Special guest Miss Kansas Czech/Slovak Queen Lara Brockway will attend the event. 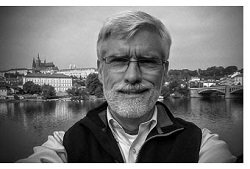 II. On Monday, March 7, 2016, at 3 pm, Professor Hugh Agnew will present the lecture The Difficult Afterlife of a Father of His Country. In this talk, Professor Agnew will review some of the vicissitudes that Tomáš G. Masaryk’s reputation suffered during the years since his death, and reflect on his meaning for the lives of Czechs and Slovaks while he was President of the Czechoslovak Republic, and today.

This event is organized in collaboration with Slavic American Sokol, Sokol Washington, DC, and the Czechoslovak Society of Arts and Sciences (SVU).

Professor Agnew earned an Honors B.A. in history from Queen’s University, and his M.A. and Ph.D. from Stanford. He came to George Washington University in 1988, after teaching at Queen’s and the National University of Singapore. Agnew teaches graduate and undergraduate courses on Eastern Europe and the European history survey. He focuses on nationalism in the region, especially Czech nationalism.

Among his publications are The Czechs and the Lands of the Bohemian Crown (2004, translated into Czech 2008), Origins of the Czech National Renascence (1993), and numerous articles and chapters on aspects of Czech nationalism and national identity. He has appeared on international and local media including CNN, C-SPAN, Voice of America’s Czech service, and Radio Prague.