A HISTORY OF CZECH ECONOMIC THOUGHT 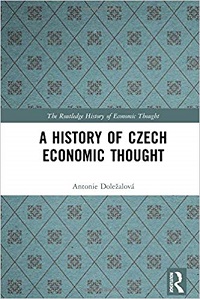 Situated in the turbulent heart of Europe, the Czech Republic has suffered from significant discontinuity in its historical development, but its economic thinking has not until now been subject to a full analysis. This book offers a history of Czech economic thought from the late Middle Ages to the present day. It traces methodological developments and the relationship between economics and politics, and introduces not just pioneering figures in the field but also those whose lives and careers were thwarted by history, as well as Czech exile thinkers, including SVU activities.

This book will benefit students and researchers of history of economic thought, economic history, economic theory, and political economy, as well as those with a specific interest in the Czech Republic.

The book is available in hardcover edition and as a Kindle book, but also in the popular e-PuB format. 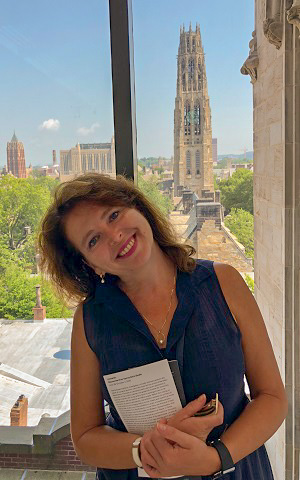 In her lectures and research, Antonie is focused on economic history in the Czech lands and CEE at the late 19th and the first half of the 20th centuries and explore the following themes: the history of Czech economic thought; the history of Czech and Czechoslovak economic policy; the phenomenon of individual and group interests including nationalism and philanthropy; and history of historiography.

From 2007, she has managed the first Czech virtual library “Bibliotheca economica”, which contains already over 700 books written by Czech economists before 1948. She is a regular contributor for Czech newspapers and popular magazines.

In 2017, she organised the round table titled Alice Teichova’s Contribution to the Development of the Business History for the European Business History Conference in Vienna. At the British Association for Slavonic and East European Studies 2018 Conference in Cambridge (UK), she chaired the panel titled Historical Background to Prague Spring 1968. At the jubilee 2018 SVU World Congress in Prague, she presented her paper How to pay for the State: Economic Consequences of the Establishment of Czechoslovakia.

At the 18th World Economic History Congress in Boston in 2018, Antonie chaired a panel titled Behind the Iron Curtain: Waves of Globalization in Historiography of Economic History focused on the historiography of economic history as it was developed on both sides of the Iron Curtain and on the transfer of ideas between the exile historians and those historians who stayed in the home countries.