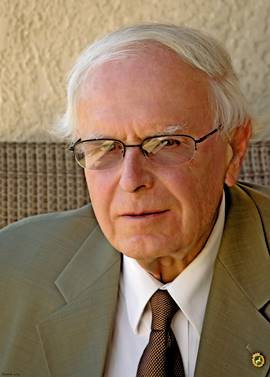 Our long-time faithful member Zdenek P. Bazant, an expert in materials science who is renowned for advancing the knowledge regarding probabilistic theory of materials and structures, has been honored by The American Society of Mechanical Engineers (ASME), an international organization with more than 130,000 members.

Zdenek Bazant, a professor at Northwestern University and former director of Northwestern’s Center for Geomaterials, will receive the ASME Medal at the Society’s 2017 International Mechanical Engineering Congress and Exposition to be held Nov. 3-9, in Tampa, Florida. The prestigious ASME Medal recognizes Bazant “for developing a statistical theory of the strength and lifetime of quasi-brittle materials of random material properties, as well as verifying it with experimental evidence and demonstrating its relevance to structural safety.”  ASME further cites Bazant “for formulating a kinetic energy release theory for material comminution into particles or random sizes under extreme strain rates.”  A fellow of the American Academy of Arts and Sciences, Bazant is the recipient of seven honorary doctorates from universities around the world.